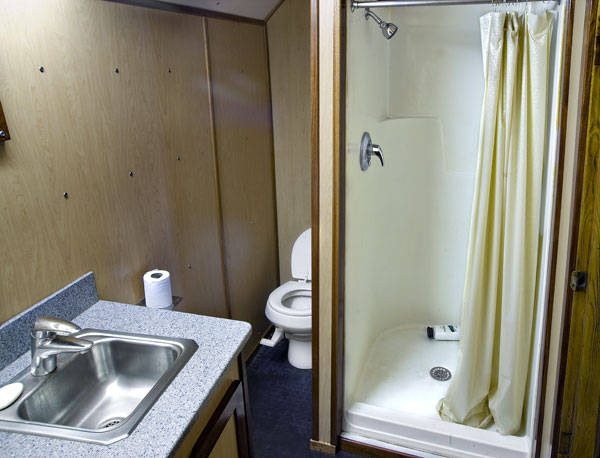 There is only one head, or bathroom on board the Huntress. In earlier times, the entire head was composed of a bucket on deck with a toilet seat on which to sit. Times had certainly changed for crews by the time the Huntress was constructed, and the bathroom looks much like you would find at home. Despite this, however, the crew does not get much time to use the shower during their time at sea. Given their working schedule, they still feel lucky if they can get a shower every three or four days.